1919 The Transition of Juan Romero 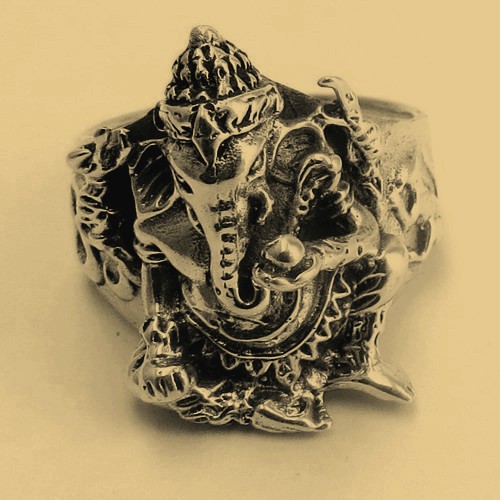 
Of the events which took place at the Norton Mine on October eighteenth and nineteenth, 1894, I have no desire to speak. A sense of duty to science is all that impels me to recall, in the last years of my life, scenes and happenings fraught with a terror doubly acute because I cannot wholly define it. But I believe that before I die I should tell what I know of the - shall I say transition - of Juan Romero.


Two mine workers, one of them a local migrant, are drawn to a bottomless abyss of horror.


The narrator, a mine worker, describes the arrival of Juan Romero, a migrant worker whose physical features seem markedly different than those of the other Mexican laborers. He learns that, as a child, Juan had been found next to the skeletal remains of his (presumed) parents, near a strange rock-fissure in the ground. When Juan sees the narrator's Hindu ring, he is strangely fascinated by it and becomes a friend.

One day, a mine detonation reveals a bottomless chasm. In the dead of night, Juan and the narrator are woken by a mysterious throbbing rhythm coming from in the ground, and soon find themselves impelled to descend into the unmanned mine shaft. As they proceed, Juan's speech devolves, and he seems to call out to "Huitzilopotchli" (the Aztec god of war and sacrifice). Juan runs ahead and is swallowed in the bottomless abyss. The  narrator is horrified when he peers over the edge of the now-flaming chasm, and faints when a lightning bolt strikes above the mine. In the morning, both men are found still in their bunks, but Juan is dead. No evidence of their nocturnal odyssey can be found, and the abyss has disappeared without a trace. The narrator notices that his Hindu ring has vanished as well.


This is Lovecraft's first "mature" work to explore a subterranean cosmology, although he had begun to touch upon this thread in his earlier juvenilia ("The Beast In The Cave"). The exploration of unknown worlds beneath our feet would seem to function in Lovecraft's literature as a more "realistic" substitute for visits to other planets. This subterranean solution could even be considered more suspenseful than outer space mysteries, considering that any underground forces would be probably much closer to "real life" (distance-wise) than creatures from other stars.

The "blighted genealogy" device appears here when Lovecraft describes Juan's strange physical appearance, origins and religious beliefs. This theme, of course, would be much further explored in future works, most immediately in "Facts Concerning the Late Arthur Jermyn and His Family" and much later culminating in the epic "The Shadow Over Innsmouth". Here however, this device seems a bit under-developed, as Lovecraft throws in both Hindu and Aztec religious references (which have nothing to do with each other, as far as I know). I imagine these references are merely "garnish" in this case, but in later works, Lovecraft would be more meticulous in his name-dropping. Ultimately of course, the creation of the "Cthulhu Mythos" would replace any real-world cults or cultures.

Also, as in "The Tomb", the ending presents two opposing realities: one recounted by the narrator, and one supported by material evidence (or lack thereof). In a sense, Lovecraft is exploring the idea of parallel mirror-worlds in these kinds of stories: the "real world" (above ground) and the "dream world" (the underground).


As we descended the shaft, the sound beneath grew definitely composite. It struck me as horribly like a sort of Oriental ceremony, with beating of drums and chanting of many voices. At one time I fancied I had gone mad - this was when, on wondering how our way was lighted in the absence of lamp or candle, I realized that the ancient ring on my finger was glowing with eerie radiance, diffusing a pallid lustre through the damp, heavy air around.

Out of the darkness immediately ahead burst a final shriek from the Mexican, which was joined by such a chorus of uncouth sound as I could never hear again and survive. In that moment it seemed as if all the hidden terrors and monstrosities of earth had become articulate in an effort to overwhelm the human race. Simultaneously the light from my ring was extinguished, and I saw a new light glimmering from lower space but a few yards ahead of me. I had arrived at the abyss, which was now redly aglow, and which had evidently swallowed up the unfortunate Romero. Advancing, I peered over the edge of that chasm which no line could fathom, and which was now a pandemonium of flickering flame and hideous uproar. At first I beheld nothing but a seething blur of luminosity; but then shapes, all infinitely distant, began to detach themselves from the confusion, and I saw - was it Juan Romero? - but God! I dare not tell you what I saw! ...Some power from heaven, coming to my aid, obliterated both sights and sounds in such a crash as may be heard when two universes collide in space. Chaos supervened, and I knew the peace of oblivion.


In broad daylight, and at most seasons, I am apt to think the greater part of it a mere dream; but sometimes in the autumn, about two in the morning when the winds and animals howl dismally, there comes from inconceivable depths below a damnable suggestion of rhythmical throbbing ...and I feel that the transition of Juan Romero was a terrible one indeed.

Read it here.  More background on its genesis can be found here.

Follow'd by "The White Ship".