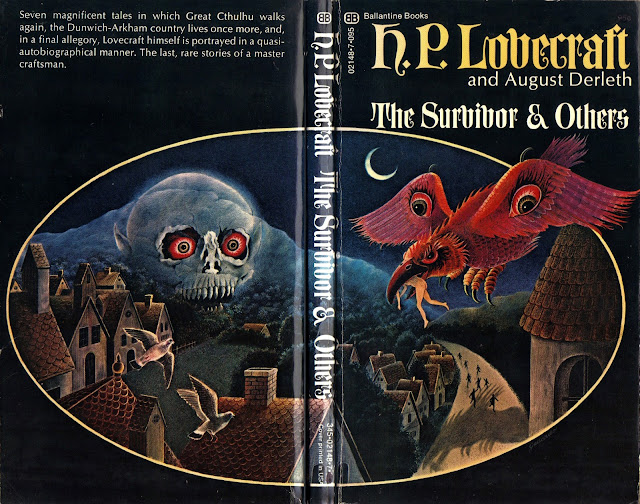 
I hate the moon - I am afraid of it - for when it shines on certain scenes familiar and loved it sometimes makes them unfamiliar and hideous.


The moon brings out something ancient and horrible in the water.


The narrator describes a garden with a stream under a moon. Structures are seen underwater. Later he notices a monstrous hoofed statue peeking out on the opposite shore. He plunges into the shallows in order to escape.


Nor had my flesh trembled without cause, for when I raised my eyes I saw that the waters had ebbed very low, shewing much of the vast reef whose rim I had seen before. And when I saw that the reef was but the black basalt crown of a shocking eikon whose monstrous forehead now shown in the dim moonlight and whose vile hooves must paw the hellish ooze miles below, I shrieked and shrieked lest the hidden face rise above the waters, and lest the hidden eyes look at me after the slinking away of that leering and treacherous yellow moon.


And to escape this relentless thing I plunged gladly and unhesitantly into the stinking shallows where amidst weedy walls and sunken streets fat sea-worms feast upon the world's dead.