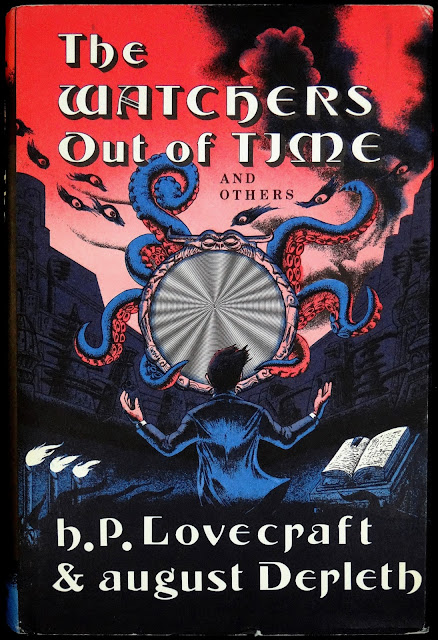 
Atop the tallest of earth’s peaks dwell the gods of earth, and suffer no man to tell that he hath looked upon them. Lesser peaks they once inhabited; but ever the men from the plains would scale the slopes of rock and snow, driving the gods to higher and higher mountains till now only the last remains. When they left their older peaks they took with them all signs of themselves; save once, it is said, when they left a carven image on the face of the mountain which they called Ngranek.


When a prideful man climbs up Hatheg-Kla, he finds that there are "other gods" besides the ones he expected.


The old gods climbed to the high peaks of Kadath to avoid mankind. A man of Ulthar named Barzai knew of the gods and with his priest friend Atal, climbed Hatheg-Kla in search of them. He finds the earth gods and begins boasting of his accomplishments, but his glee turns to terror when the “other gods of the outer hells” cause him to fall up into the sky. After a thunderclap and a lunar eclipse passes, Atal is back at the foot of the cliffs. Up on Hatheg-Kla, there is no sign of Barzai except a symbol from the Pnakotic Manuscripts carved into the stone summit.


“The moon is dark, and the gods dance in the night; there is terror in the sky, for upon the moon hath sunk an eclipse foretold in no books of men or of earth’s gods… There is unknown magic on Hatheg-Kla, for the screams of the frightened gods have turned to laughter, and the slopes of ice shoot up endlessly into the black heavens whither I am plunging… Hei! Hei! At last! In the dim light I behold the gods of earth...!"

And now Atal, slipping dizzily up over inconceivable steeps, heard in the dark a loathsome laughing, mixed with such a cry as no man else ever heard save in the Phlegethon of unrelatable nightmares; a cry wherein reverberated the horror and anguish of a haunted lifetime packed into one atrocious moment:


Barzai the Wise they never found, nor could the holy priest Atal ever be persuaded to pray for his soul’s repose....And above the mists on Hatheg-Kla earth’s gods sometimes dance reminiscently; for they know they are safe, and love to come from unknown Kadath in ships of cloud and play in the olden way, as they did when earth was new and men not given to the climbing of inaccessible places.

Follow'd by "The Music Of Erich Zann".